Resource scarcity and water policy in Algeria: analysis of the transition from a supply model to Water Demand Management (WDM) - N. Kherbache 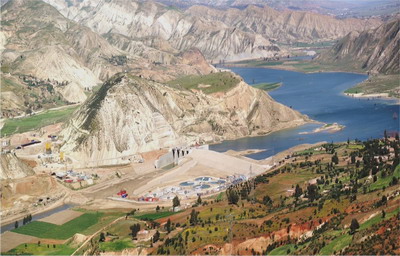 © National Agency of Dams and Transfers - Hydraulic mission in Algeria, overview of the Chéliff dam involved in the transfer of Mostaganem-Arzew-Oran (MAO).

This thesis, in economics and geography, studies the water resources scarcity and water policy in Algeria with a case study of the Macta river basin in the Oranie-Chott-Chergui hydrographic region (west of Algeria). The choice of this basin is justified by several factors. Firstly, in large irrigated public schemes (GPI) Habra and Sig, allocated water quotas are insufficient for perennial irrigation. In 2017, the water quota solicited by irrigators has been estimated at 85 Mm3, while the allocated quotas were around 51 Mm3, so a satisfaction rate that does not exceed 60 % leading ipso facto to under-utilization of agricultural equipped areas. Thus on 27810 hectares equipped, the irrigated area is 12734 ha which represents a rate of 46% (ONID, 2018). Therefore, the expansion objectives of large irrigated public schemes without rehabilitation and maintenance is an economic aberration. In addition, farmers are increasingly soliciting groundwater to irrigate their farms (small and medium hydraulic [PMH]) and this far from any control over the actual withdrawals (78,900 ha irrigated in PMH in 2016). However, although the basin appears to be in surplus water situation, we are witnessing to the mobilization of non-conventional water resources by the construction of the largest seawater desalination plant (SDEM) in Africa, namely the Macta SDEM with a production capacity of 500,000 m3 per day and by water transfers from other basins. 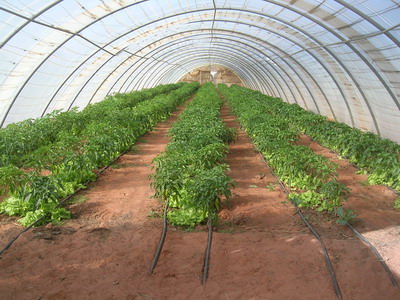 Therefore, our reflection lays the groundwork for a confrontation between the water resources availability and the needs of different users. To do this, we plan to follow a multidimensional, pragmatic approach, reinforced by new theoretical foundations in water management and integrated water resources management (IWRM), and this by following the water from its mobilization to its final use. The protruding element at this level will be the identification of the form of water scarcity through an attempt to understand the social construction of water shortage in Algeria and in the studied basin (Buchs, 2009 ; 2012) and a critical reading of the indicator approach  (Falkenmark and al., 1989 ; 1997 ; Sullivan, 2002 ; Jemmali and Sullivan, 2014 ; Molle and Mollinga, 2003 ; Feitelson and Chenoweth, 2002 ; Chenoweth, 2008 ; Giné garriga and Foguet, 2008 ; 2010 ; Damkjaer and Taylor, 2017). The phenomenon of scarcity is in fact characterized by different complex societal dimensions and we propose to examine the economic aspect by showing the effect of a lack of effective consideration of water demand management (WDM) in Algeria and in our study area, in the face of traditional supply-side management, with a questioning on the Macta basin water balance and its situation in relation with the basin closure approach (Molle, 2003 ; 2003a ; 2008 ; Molle and al., 2010 ; Falkenmark and Molden, 2015) and this by a study both retrospective and prospective (in the horizon 2035). The work also aims to introduce recommendations to change the direction of the Algerian hydraulic model by introducing WDM principles such as improving the efficiency of agricultural water and applying the new approaches of water management to build adaptive capacity to shortages.