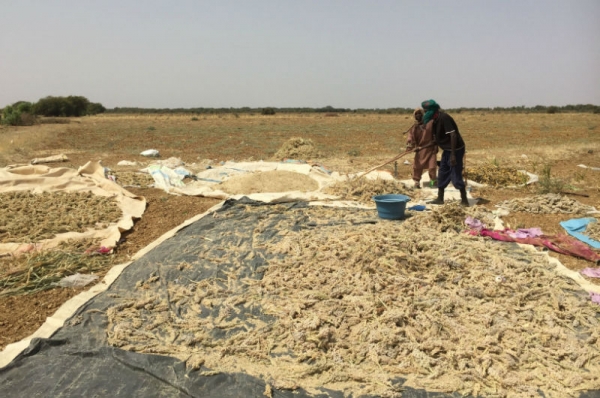 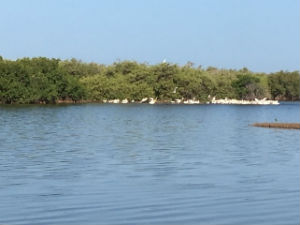 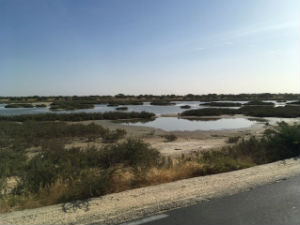 Water management is dominated by the search for efficiency and precision in the assessment and allocation of the "resource" within "hydrosystems". Hydrological knowledge plays a major role, but this approach fails to account for the logics of action involved and for the different forms of knowledge that underlie them. The problems of access to water and the conflicts that surround the resource may therefore appear impossible to solve. 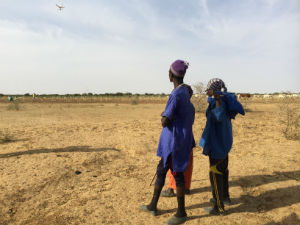 © A. Ogilvie, IRD: drone for flying over agricultural plots

The researchers in the SocioHydr'OSé team believe that a change is needed in the way hydrological knowledge is produced to account for the complexity of the relationships between societies and water. The SocioHydr'OSé project will explore the interdisciplinary production of knowledge on water by associating human sciences and hydrological sciences and by placing field studies at the heart of their research. 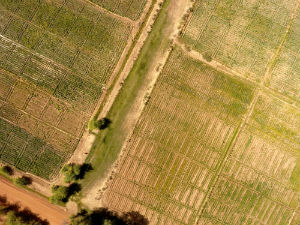 The project focuses on the Senegal River, the main water resource for Senegal and Mauritania, through which it flows, and which, as such, has been the subject of intense knowledge production for several centuries. Three fields of the project's hydrologists form the SocioHydr'OSé "meta-field", enabling collective reflection in three complementary directions: 1) How does 'scientific' knowledge relate to the management of water in the Senegal River? 2) What other knowledge concerning water (local knowledge, operational knowledge, knowledge of the human sciences) is involved? 3) How can 'scientific' knowledge and 'other knowledge' be combined to renew the perception of the relationships that are established between societies and water? 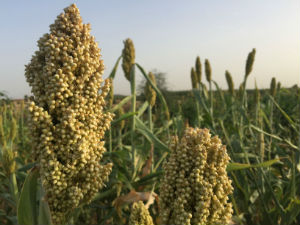 This research is based on work that is already in progress, mainly carried out by hydrologists and agronomists. The social scientists' viewpoint will enable a new look at the knowledge already produced. The interdisciplinary dialogue conducted in the field will also identify the complementary knowledge required or a need for the circulation of knowledge. To this end, the project team will carry out work in pairs or in trios in the three fields concerned by the project and will organize workshops to share what we consider to be "hydrological knowledge" and the way in which the river is perceived by the different stakeholders involved.

The interdisciplinary ambition of the SocioHydr'OSé project is highly exploratory. The support of the MSH Sud makes it possible to overcome apparently unsurmountable difficulties linked to the usual calls for projects (where the project results have be accurately forecast, which is an obstacle to interdisciplinary "negotiation"). The project aims to give social sciences weight and room for manoeuvre in the interdisciplinary dialogue; to give visibility to the "socio-hydrological approach" we use in the South and, in so doing, to encourage convergence with other people involved, social scientists and water stakeholders (decision-makers and managers, elected officials, users and residents), in order to pursue our project to enable a dialogue on knowledge about water around the Senegal River.

The project team brings together people committed to interdisciplinary dialogue:

The Senegal River is the heart of a physical and social space. As a key communication route, a productive resource, and an integral part of the landscape, the river feeds the imagination and gives rhythm to the lives of those who live alongside it, whether they are residents, those whose mission is to develop it, or those who seek to understand it. Over the last century, the Senegal River has been the scene of many development projects: a dam was built upstream, another dam downstream, dykes and pumps have profoundly altered its nature, its rhythm and the imaginations associated with it. For hydrologists, the production of knowledge has focused on technical control, flow regulation and optimizing uses. But the results of the hydro-agricultural development of the river have not always lived up to expectations. What do the stakeholders  actually think? What other knowledge could have been, or can still be, produced to enable the actors involved to adapt to these changes? How can we address problems that are already present? How can future problems be foreseen?